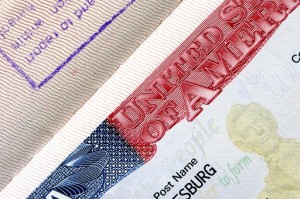 Foreigners married to an Australian citizen, or a permanent resident, or an eligible New Zealand citizen should apply for an Australian Spouse Visa if they want to enter and reside in the country permanently.

The applicant for an Australian Spouse Visa must show that the marriage is valid and legal, and that the spouses intend to continue the relationship even long after the applicant is allowed to enter Australian soil.

In addition, the spouses will need to submit supporting documents to show the true status of their existing marriage, and must also show that their relationship started at least one year prior to the filing of the application.

Aside from spouses who are validly married, Australian immigration laws also issue an Australian Spouse Visa to applicants who are in a common-law relationship (de facto relation), or same-sex partners.

Applicants are required to undergo a medical examination and chest x-ray accredited by the Australian government. They are also obligated to submit an official Police Certificate issued by countries where the applicant lived for more than twelve (12) months in the past ten (10) years.

The estimated processing time for the visa is six (6) to eight (8) weeks.

Both visas may, however, be filed at the same time.

Once approved, the Australian Spouse Visa applicant is allowed to work in the country, and may likewise be allowed to enter and exit the country at will.

The temporary visa holder shall initially be granted a two year provisional stay in the country. During this period, the couple will have to show proof that their marriage is genuine. The issuance of the visa may lead to the issuance of a permanent residency status.

The two-year provisional stay in Australia may be considered as a “Trial Period.” Its main purpose, under the law is to determine whether there is a legitimate and real marriage between the spouses and/or partners.

As a general rule, applications for a permanent visa are granted two years after the application is filed. However, the two-year period may be waived if the relationship with the partner has been in existence for more than five (5) years before the filing or lodging of the application.